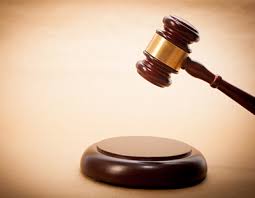 An unscrupulous landlord who converted three family homes into houses in multiple occupation (HMO) without planning consent has been jailed for forging documents.

Siddarth Mahajan from Milton Crescent, Ilford, Essex, converted a three-bedroom property in Sherwood Gardens, Barking, without planning permission, which was uncovered following an investigation by Barking and Dagenham Council.

The council had become suspicious after building work was done at the property without a planning application.

Mahajan, 38, claimed the property had been in use as an HMO for more than a decade so he was immune from enforcement action.

The landlord produced tenancy agreements, a letter from an estate agent and a sworn affidavit which appeared to show that the property had been a HMO dating back to 2008. However, an investigation by the council’s discovered that the documents were forgeries.

The council later discovered that Mahajan had also converted two properties in St Erkenwald Road and Ripple Road, Barking, without consent too.

Again, the documents provided to suggest that the HMOs were for more than 10 years and therefore immune from enforcement action were also forged.

Mahajan guilty on two counts of perverting the course of justice and three counts of using copies of forged documents at Snaresbrook Crown Court, and was sentenced to 16 months in jail.

Cllr Margaret Mullane, cabinet member for environment and community safety, said: “This dishonest landlord repeatedly refused to comply with the law and we pursued all the legal avenues that were available to us to ensure that he was brought to justice.

“We will continue to crack down on rogue landlords to improve standards and to ensure tenants have a decent home.”